If you’ve never seen an angrier-looking little knife, you’re not alone. The CRKT Provoke Compact’s mechanism is highly unique in the category. And the Compact knife design downsizes from the first generation of Provoke karambits without sacrificing much functionality.

If you want an EDC knife optimized for self-defense that sends a message, give the Provoke Compact a close look. Obviously, the Provoke Compact knife is no ordinary folder. But how does it work?

To deploy the Provoke Compact’s blade, the action applies kinematics: the geometry of motion. CRKT has trademarked the term, but science is freely available. The study of how forces act on objects in a system inspires the Provoke series.

In practice, the user applies downward pressure on the closed knife’s upper crossbar with their thumb. That pressure sets a chain reaction in motion, making the blade “lunge” forward. From our first looks, the action looks fast and authoritative. The biggest advantage may be that the user never has to reposition their hand on the handle; gripping the compact knife and deploying the blade requires the same hand position.

A safety ring at the butt helps the user locate the knife easily, and adds grip security in a pinch.

Folded, the CRKT Provoke Compact knife is just 4.5 inches long. Equipped with an innovative thumb-pressure-activated pocket clip that CRKT calls a “world’s first,” the compact knife should carry quite discreetly. The blade is a self-defense-optimized 2.26 inches long.

The knife’s handle is 6061 CNC-milled aluminum. The blade is stonewashed D2, known for positive wear resistance at a bargain price. The CRKT Provoke Compact is best thought of as a self-defense knife. The downturned shape limits the utility in a lot of situations, though it would work great for package opening, or in many cases where you’d use a razor knife. The action should definitely impress your friends, and make a different kind of impression on any enemies. 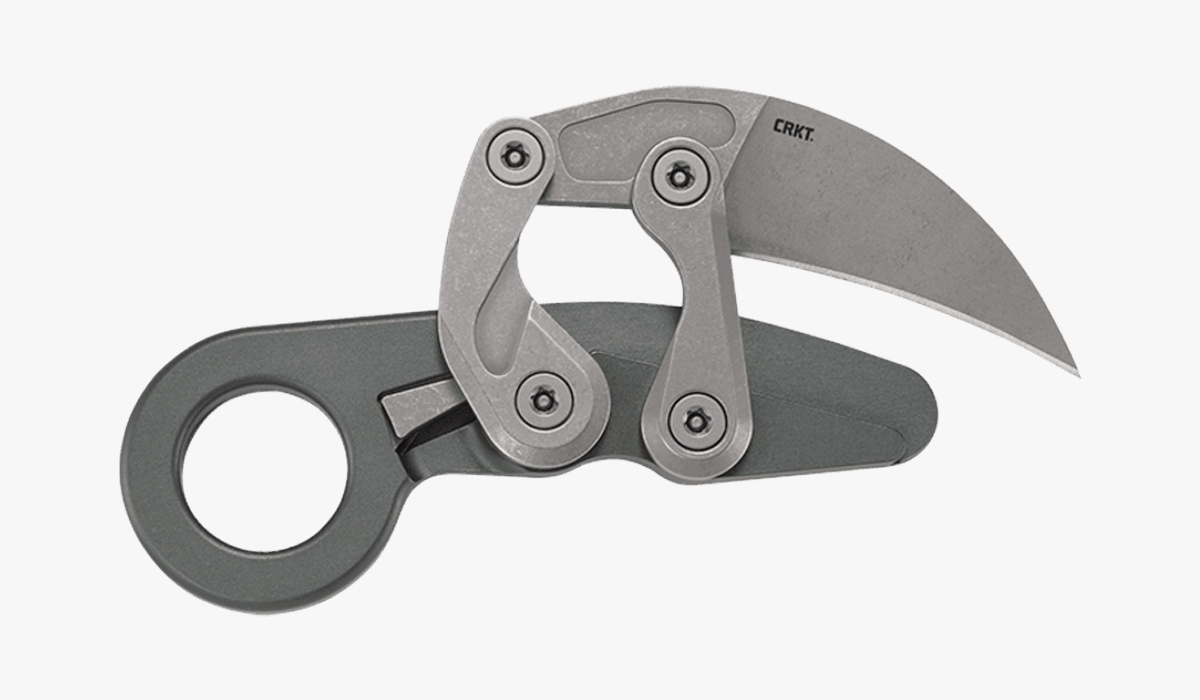