As recently as 2017, Bestech was a fledgling knife maker that had just released its first designs. But the most recent addition to its line looks as mature as it gets. The Bestech Sledgehammer adapts a Japanese tanto blade for a distinctive EDC folder.

Bestech released the knife about 3 weeks ago, among a recent flurry of new designs that have the industry abuzz. But with any upstart knife maker, there’s the same question: is it a POS?

I took a deep dive into the internet to find out. I may have come out mildly more deranged than before, but I learned a lot about Bestech’s credentials along the way. Spoiler alert (or not): Bestech is ready to surprise you. 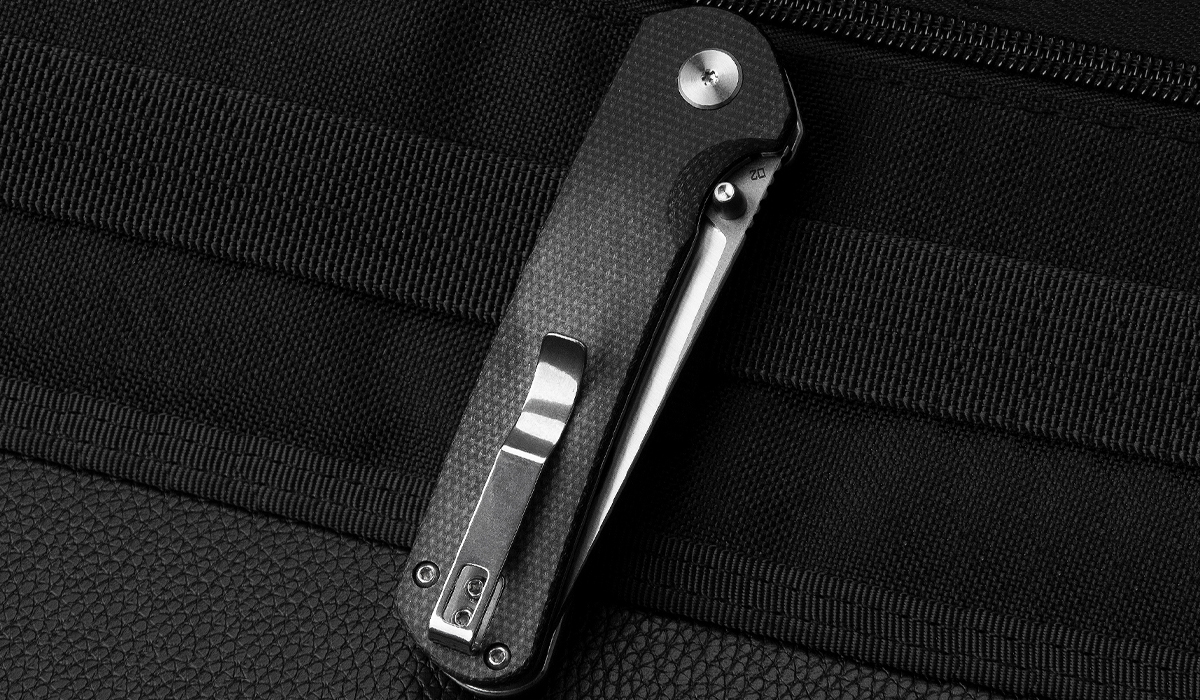 The main advantage of any tanto blade is its durable point. More steel near the point means less breakage. This is especially important for any puncturing activities, which was a big part of how Samurai used the original tanto (or “short sword” in Japanese).

Bestech’s take on the Japanese tanto has a steep angle at the final grind. The shape should make it ideal for chopping or slicing, almost like a cleaver. And, of course, the point should be rock-solid. Breaking that much steel (especially tough D2) would take some work.

The Sledgehammer is right on the lower end of a mid-sized pocket knife at 7.2 inches overall length, with a 3-inch blade. The flat scales help keep it narrow in your pocket, and a 3-inch blade is plenty for most EDC tasks. The handle measures about 3.25 inches from the choil to the butt, which could feel on the small side for users with thicker hands.

D2 steel has been used for knives since its inception around WWII, and for good reason. Edge retention and toughness are its strong suits. Bestech makes a few Sledgehammer variants with coated blades to limit corrosion, which can be common in D2. Finally: Is It a POS? Bestech’s Credentials

From my view, the answer looks like a confident “no.” It’s still very early to say for sure, as the Sledgehammer hit the market in mid-May. But the D2 chosen by Bestech has lived up to its reputation for holding an edge in early testing around the internet.

My curmudgeon side remains a little skeptical of construction consistency — Bestech is only 4 years old. But interestingly, its parent company has a lot of experience in the trenches of knife making. Yangjiang Outdoor Winner Industries, which owns Bestech, has built knives for over a decade. Reportedly, Yangjiang has spent part of that time operating as an original equipment manufacturer for SOG and Gerber.

At the end of the day, the only place Bestech looks to be cutting costs is on its website design. The Sledgehammer MSRPs at a we’re-serious $65. And its warranty and list of authorized dealers both look legit.

If you’re feeling adventurous, go to the source and order one of the world’s newest EDC pocket knives, the Bestech Sledgehammer.