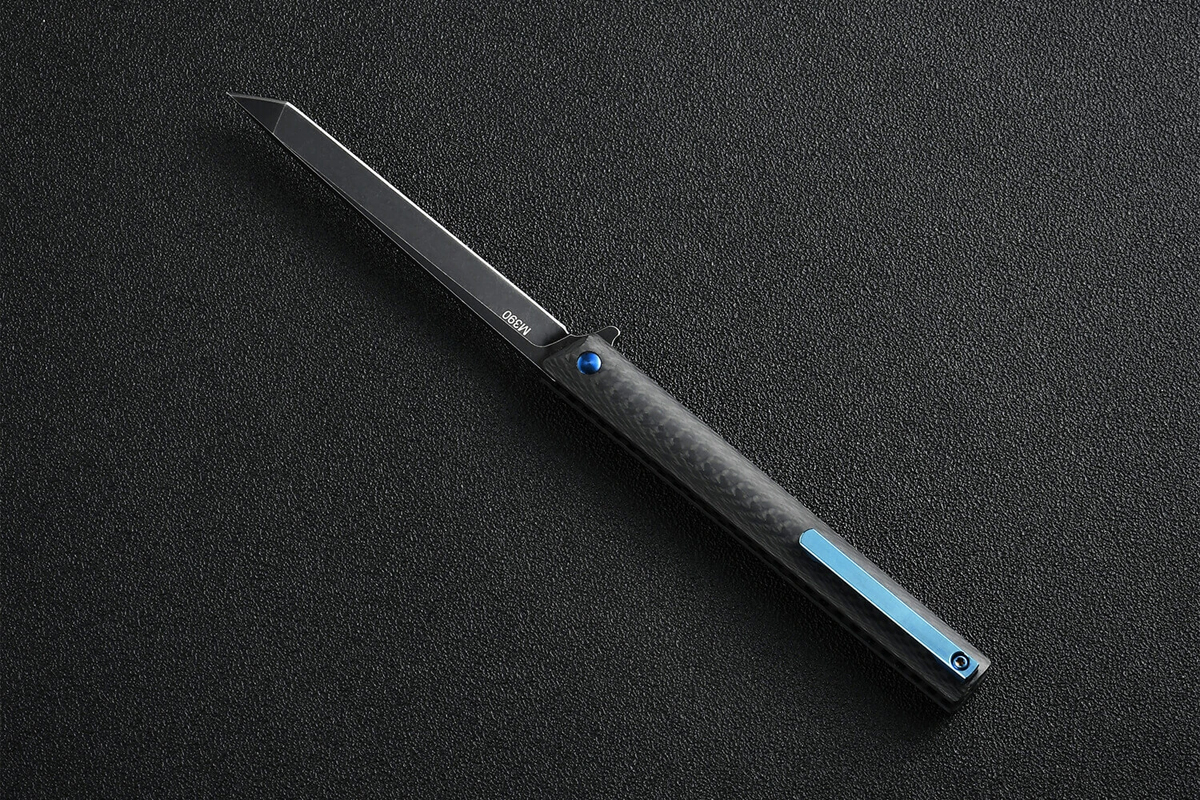 Who says tactical folding knives have to be big and chunky? Not the folks at Tekto Gear. They’ve created the Romeo Tactical Folding Knife as a streamlined, minimalist answer to the ungraceful hunks of steel you often see hanging off the pockets of the kind of guys who wear cargo pants (and that’s not you, right?).

Fans of Tekto Gear’s Juliett Folding Tactical Knife will love the Romeo — the basic design is the same, with differences in execution (material, finish) being the most noticeable variance.

We like a matte black knife as much as the next, but there’s no reason you can’t throw a dash of color and interest into a design. The Romeo accomplishes a little visual appeal with metallic blue accents on the handle screws and the clip. The woven carbon fiber handle also breaks up the unrelenting black finish a little. It’s polished for a clean look. The blade is slim and almost delicate-looking but plenty hard enough (see the specs section below). An aggressive tip is a finishing touch on the minimalist styling. With this tactical folding knife, it’s all about form following function.

The Romeo Tactical Folding Knife’s 3.46-inch blade is large enough to be useful — not too small to handle whatever task you throw at it.

Don’t worry about the blade snapping. It’s forged from Austrian M390 steel, with a hardness rating of 60-61 HRC — plenty hard enough to stand up to sustained daily use.

The screws and clip are titanium, so you can rest assured they will resist corrosion and won’t snap off if you snag it on something.

The whole package comes in right at 1/5 of a pound, so it won’t weigh you down on your adventures either! Romeo, Romeo, wherefore purchase thou, Romeo? At Tekto Gear’s website, where the tactical, folding blade is currently retailing for $120.