Watches BY Improb February 1, 2018
Nothing rounds out an outfit better than a watch, but you won’t want just any old timepiece adorning your wrist. Chances are you want something that speaks to your personal style: a face made from polished and sturdy metal and a band of high-end and comfortable leather or fabric.

If it’s extravagance and sophistication you’re looking to accessorize with, consider shopping any of these 24 luxury watch brands.

Founded in 1854, Ferdinand Adolph Lange’s signature timepiece is all about making the wearer look good. Whether you like platinum or a colorful array of gold – including yellow, rose, and white – A. Lange and Sohne delivers a quality brand that favors mechanical movements over quartz. More than 160 years of experience continues to produce a lavished timepiece.

If there’s any indication that a brand has succeeded over the years, it’s that it has survived for more than 140 years. Audemars Piguet, a creation of Jules-Louis Audemars and Edward-Auguste Piguet, has roots dating back to late 19th century and is known for creating the very first steel luxury sports watch. In 1993, Audemars Piguet also designed the first oversized watch, amplifying the brand’s ingenuity. 1775 gave way to a watch brand that would stand the test of time and become one of the most sought-after luxury manufacturers. Breguet (now owned by Swatch Group) was responsible for the invention of tourbillon but its luxurious selection of wrist watches may be its greatest achievement in its more than 240 years. Coin-edge cases and unique dials make it easy to spot a Breguet in a line-up of the finest timepieces. The brand’s originality continues to be showcased in its design and craftsmanship. Since 1755, Vacheron Constantin has been producing a watch so rich in quality that’s expertly crafted down to the smallest of details. The brand is said to have been worn by historical figures like Napoleon Bonaparte and former United States’ President Harry S. Truman. The brilliant timepieces from this Swiss company continue to set the bar for luxurious wrist watches. Though Blancpain has been around since the mid-18th century, it wasn’t until the 19th century that its quality was realized. From the expert stitching of the band to the elegant face and high-quality internal mechanics, Blancpain completes any outfit with a ritzy style. Whether you want an elaborate design or something more minimalistic, Blancpain offers a great selection of timepieces.

Manufactured in Switzerland, TAG Heuer is a familiar brand that produces an array of product, but the company’s wristwatches have always been a strong point. Over the years, TAG Heuer’s watches have evolved, but the luxurious style has remained in place with its beautiful face and expert craftsmanship. This Italian designer brand promotes a bolder style without overcomplicating the design of the timepiece. From Milan, Italy – formerly Florence – this 19th-century company has produced watches that have ranged from elegant and flashy to far more simplistic and sporty. Whether just walking around town or trying to impress business partners, Panerai’s style is well-suited for many occasions.

First, it was diver and aviation watches. Then, this Swiss company took its craftsmanship to design luxurious timepieces. Each wristwatch is crafted with versatility in mind, ensuring that no matter the occasion and need, its product will come in hand. Features common in Breitling’s offerings include easy-to-read faces and mechanic winding mechanisms.

The German-based Glashutte Original innovated the industry with a sleek design and simplistic but elegant craftsmanship. The Glashutte brand, manufactured in the German town of the same name, spends at least 300 hours to produce the interior mechanics of their timeless product. Classic and stunning, this timepiece is the pinnacle of luxury.

Jean-Marie Schaller took over as the founder and creative director of the Louis Moinet brand, a luxury brand that stemmed from the inventor of the Chronograph. The mechanics of this elegant timepiece are made with exotic materials and the highest-quality metals for a finished product that will complete any sophisticated outfit. From the creators of the much-talked-about Rolex, the Tudor is a stylish wristwatch that delivers on the same stunning aesthetics as its parent brand at a slightly lower cost. Tudor has a smart design at an incredible value complete with construction that calls back to the highly revered assembly of Rolex. Whether it’s a more classic design or something more stylish, Tudor can cover all watch needs.

Does luxury always have to mean spending top dollar? While many would say “yes,” Baume & Mercier proves that’s not always the case. For around 200 years, Baume & Mercier has delivered on a design that combines sporty and traditional classical elements. Despite being a mid-range luxury timepiece, Baume & Mercier has been endorsed by dozens of celebrities.

The award-winning luxury brand may not have the years as many other older brands, but its elegant style and expert use of premium materials help it stand up to tried-and-true manufacturers. Hublot promotes a simplistic style or a more robust look that’s perfect for many different kinds of wearers. 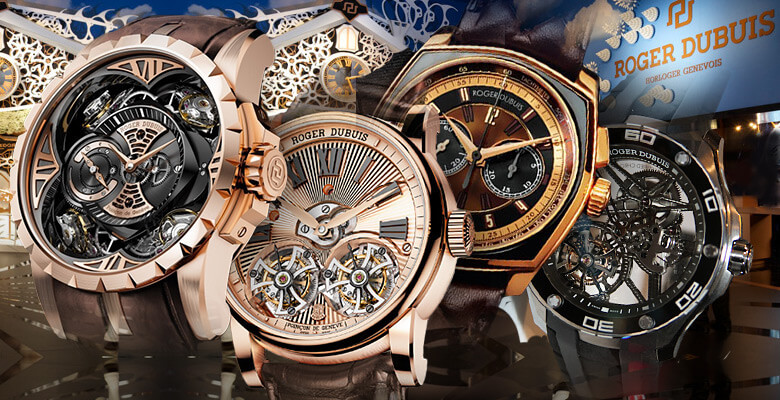 Roger Dubuis’ unique designs are anything but typical. Using a creative eye, Dubuis created a series of timepieces that stray from the norm, instead featuring an avant-garde style of twisting metals and exposed mechanics. From 19th century Switzerland comes this timeless timepiece for the distinguished gentleman. Chopard is known for its fine jewelry, and the level of craftsmanship that goes into each priceless piece is carried over into the brand’s watches. Sophistication is key at Chopard, which is known for its sleek aesthetic and refined design. The International Watch Company, founded in 1868 by an American watchmaker, produces a watch that oozes style, elegance, and luxury. From the high-quality bands to the distinct face and sturdy mechanics, IWC is a superior brand that appeals to the sporty wearer and men of class.

Bremont’s collection of opulent watches were inspired by aviation and carry the theme of aircraft throughout the outward design and interior mechanics. Each watch is expertly crafted to the same high level of quality, guarantying proportionate features that only add to the timepiece’s appeal.

Corum isn’t afraid to step beyond the boundaries of normality in the world of horology. Each piece is a bold statement of artistic flair that takes timepiece manufacturing up another level. Each striking watch is a stunning display of luxury made from fine metals, soft leathers, and honed in creativity that isn’t afraid to design outside the box. 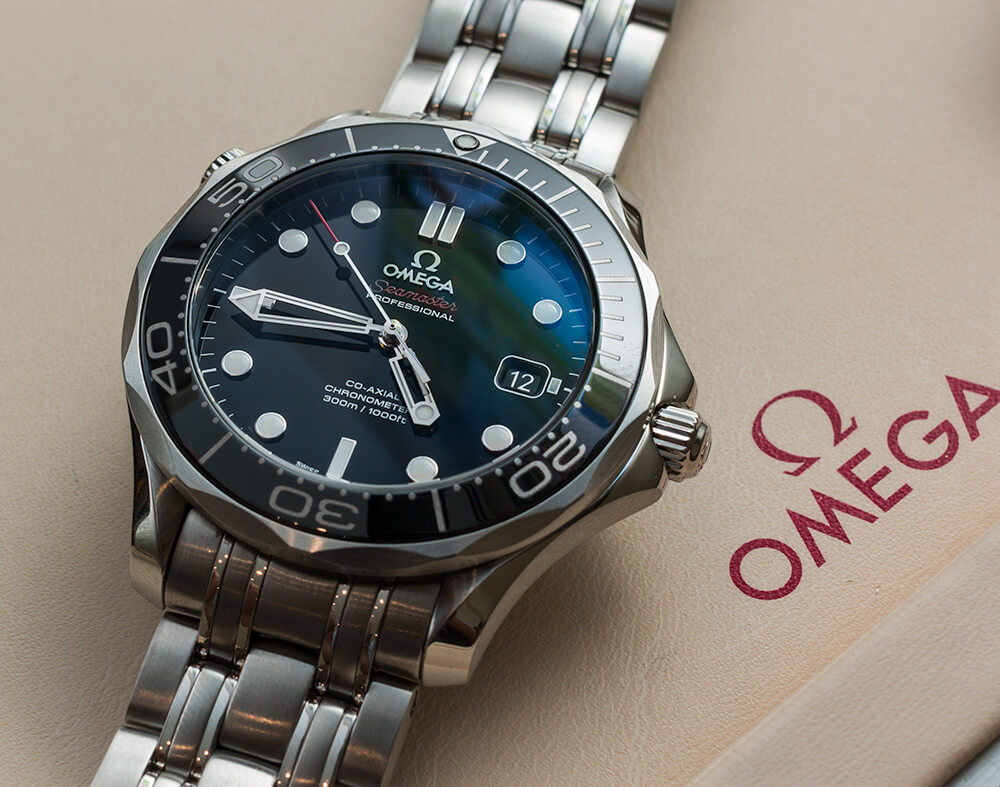 In 1917, Britain’s Royal Flying Corps chose Omega as the official timepiece of its combat units. One year later, the United States Army followed. It takes a lot for a watch to be adopted into military use, and Omega has it all. An elegant style that doesn’t sacrifice durability may also explain why it became a favorite of the James Bond film series. In every industry, there’s a product that other manufacturers try to mimic. In watchmaking, that product belongs to Patek Philippe. The complex mechanics and elegant design have remained in place since its inception in the 1850s. This is the brand that royalty wants to be caught wearing. From 1874 rose the soon-to-be revered Piaget, a brand of luxury watches that are manufactured by expert mechanics. Rather than use typical metals, Piaget aims for a unique build that includes stones like turquoise, onyx, tiger’s eye, and lapis-lazuli. Bell & Ross are all about ensuring you know the time, but it also wants you to look good while checking it. Masters of the diver’s watch, Bell & Ross is often recognizable by the distinct square backing that frames the watch face.

When you say the name “Rolex,” everyone immediately knows what you’re talking about. That’s the sign of a luxury brand that’s appealed to a mass market. Flattered by knock-offs and replicas, Rolex is a timeless watch that dominates a market of incredible brands. Cartier loves a watch that shines, and that’s most evident in its iconic timepieces. High-end materials glisten on the faces of this luxury brand, which is all about appealing to a more royal crowd. The distinguished design comes from a manufacturer lauded by King Edward VII of England as “the jeweler of kings and the king of jewelers.”