The 7 Fastest Cars in the World Right Now

There are hundreds of thousands of cars in the world, driving on roads and passing through car washing and posing as models at car shows. Some of them are classic and timeless, and others are new and ready for the world to see their power.

Here’s a list of the 7 fastest cars in the world right now. This is officially the fastest car in the world. In 2017, the Agera won among several other cars while being tested in Pahrump, Nevada. There were two runs in either direction, and there it was: the Agera won at an average high speed around 275 MPH.

That’s one impressive car. Not only is it built for speed and agility, but it’s also built to look sleek, futuristic, and truly like the fastest sports car on planet Earth. Despite its complicated-looking name, this is one simply fantastic car.

The main reason that this over-300 MPH supercar isn’t at the top of this list of the fastest cars in the world right now is that it hasn’t been officially released yet. However, the Texas-based manufacturer, Hennessey, has told Top Gun in the past that they plan on reaching over 290 MPH with this supercar.

Essentially, Hennessey is racing against Bugatti to break the 300 MPH barrier which has been hanging over supercar manufacturers since top speeds started to reach 250 MPH for some of the fastest cars in the world.

It will be interesting to see exactly where these cars are going to land in this sort of competition, but one thing is sure: the Hennessey Venom F5 will be an epic car once it’s fully unveiled.

Engine: Turbochargers with a custom V8 Another unbelievably fast supercar was created by Bugatti to awe those of us who dream about zooming over roads at over 250 MPH. In fact, this sleek, incredibly fast and powerful vehicle has topped Bugatti’s history of producing super sports cars.

With many color options, an incredibly deluxe feel and design, and horsepower beyond any regularly-produced supercar in the world, the Bugatti Chiron has earned its place among the names of the most well-made and fastest sports cars on Earth. This American-manufacturer-made car was the official fastest production car in the world in 2007 when it beat the Bugatti Veyron on a rural road in Washington. SSC is an amazing company determined to create American supercars that will compete pace-for-pace with the European supercars out there.

The Ultimate Aero is the result of hard work and continual industrial ingenuity, and it continues to be an epic car. SCC is currently working on future cars that will continue to take the world by storm and create an American legacy of high-quality, amazingly fast cars. 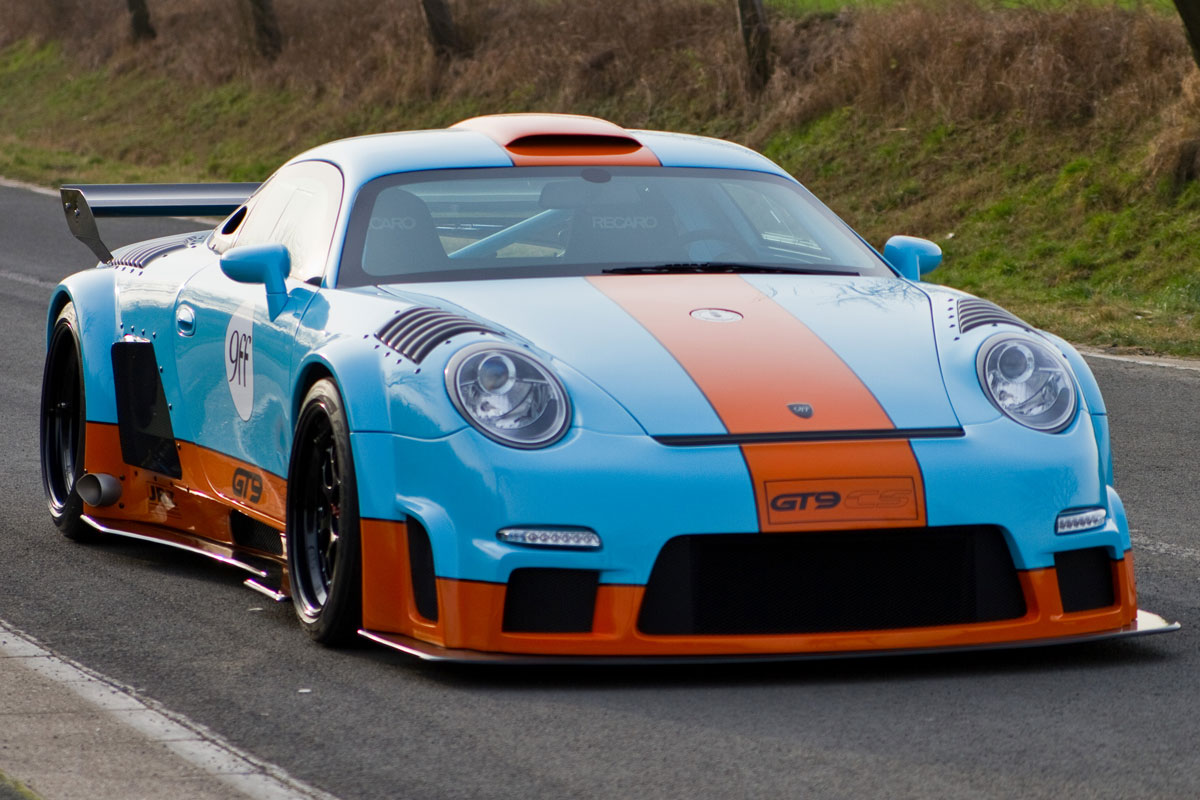 Whether you’re a fan of Porsche or not, this is one impressive car. It’s a culmination of years of engineering, time spent designing a beautifully crafting exterior and interior, and plenty of ups and downs in the invention process along the way.

Technically, this incredible vehicle was built to be street-legal (so long as it’s following speed limits and not blazing over public roads at the full speeds which it’s capable of). It also has been dubbed “the all-day racecar”. The Saleen S7 Twin-Turbo supercar was built in Irvine, California and designed by Steve Saleen. It’s a fantastic car that’s actually starred in more than one Hollywood film as the car belonging to wealthy or prominent characters.

With few of these cars being produced and each engine being crafted carefully and purposefully for each one, it’s no wonder that each of these incredible vehicles is unique and ready to blaze over roads with ease and style. These cars are worth their weight in gold. The McLaren F1 is an innovative and unique supercar built to hold its place in the ranks of the fastest cars in the world, as well as those which are technological marvels. When McLaren builds a sports car, they make sure it’s one of the best and that it’s going to stay that way.

This incredible car was designed and built over a four-year period after the initial idea to create it was conceived by the directors of McLaren in an airport. As one of the earliest sports cars still held in high respect for its speed and creative crafting, the McLaren F1 surely deserves a spot on the list of the fastest cars in the world at this point in time. It’s an iconic, million-dollar supercar.

Since each of the incredible supercars listed above have made the top 7 fastest cars in the world list, and since each have their own style, manufacturers, unique selling points, and high degrees of innovative engineering and years of hard work, it’s no wonder they don’t let these go cheap.

Most of these cars sell for over $1 million, with some over $2 million. Of course, this is also affected by the fact that few vehicles of each model were made.

With these incredibly fast, deluxe, high-dollar cars claiming the titles of the fastest cars in the world, you may want to know which cars are available to the general public today which are street-legal and still very fast. Lamborghini makes some pretty great luxury cars, and this extra-fast sports car option is definitely still in the luxurious category. It has the speed, the style, and everything else you could want for a street-legal car available and in production today. Ford has become a top creator for all cars, trucks, and now sports cars. The Ford GT has the design and power of a sports car and the toughness which has become Ford’s standard. It’s definitely earned its place in the top 5 fastest road-legal cars in production today 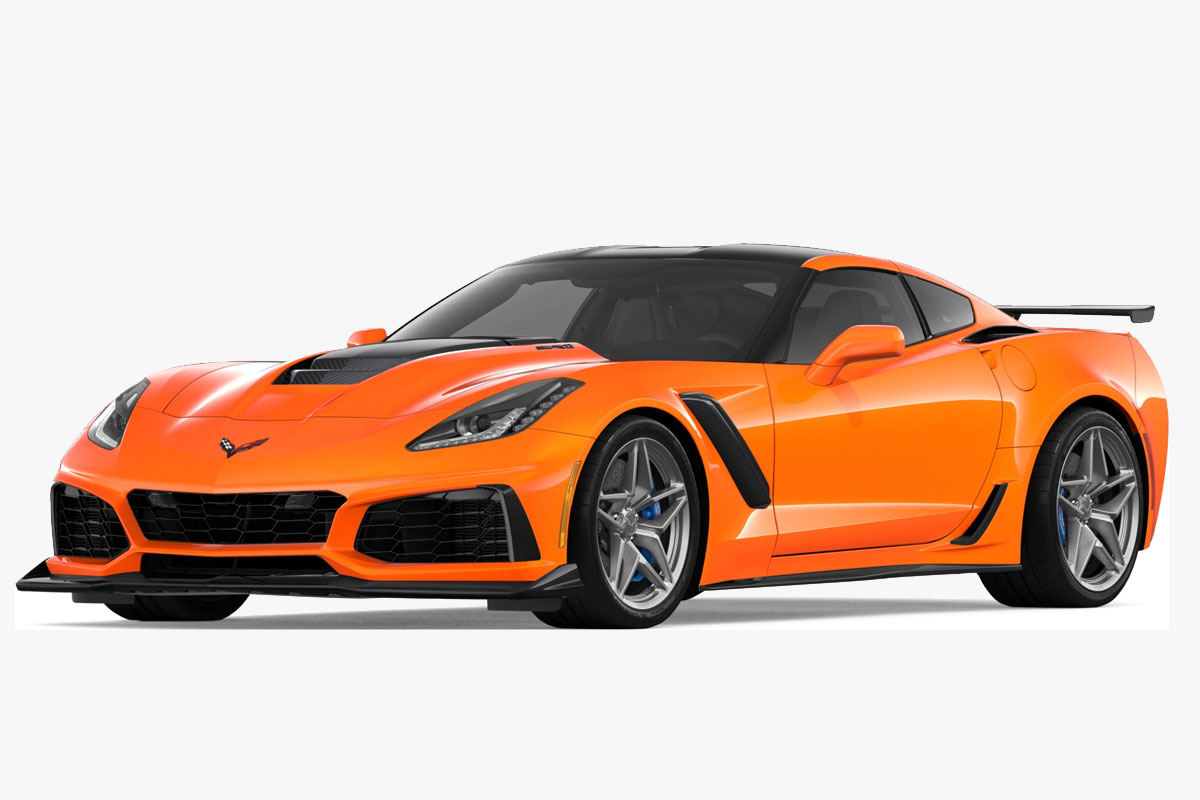 We all know Corvettes are beautiful and chic and synonymous with luxury and high-end class, but did you know this model is one of the fastest on the roads today which is still in production?

This capable supercar is the most advanced Chevy Corvette to date, and it’s power and speeds are almost unparalleled on public roads. This truly is a beautifully crafted, sleek and modern-looking car. This is the pinnacle of Aston Martin vehicles, and it’s one of the most powerful luxury cars out there for people to drive as they please. With power, purpose, and beauty, this is an excellently fast vehicle for the ages.

Car enthusiasts and those who know little about cars alike are both awed by Porsche. Their designs, quality, and overall manufacturing professionalism are great experiences. Porsche created an iconic and hard-to-beat luxury sports car, the 911 GT2 RS, which is unrivaled.

With one of the seven fastest cars in the world based off of this fantastic model, it’s no surprise that this one is also pretty mind-bogglingly fast on public roads and available today.

There are some people today which point out that as fabulous-looking and fast as sports cars and other supercars are, there’s not really much use for these vehicles. After all, they’re pretty dang expensive and far out of the price range of most people today.

That doesn’t mean they’re falling out of favor or out of place in the auto industry. Sports cars are meant for long luxurious drives on open beach cliff roads and pulling up to nice-looking mansions to step out without having to do a little hop out of the passenger seat.

In the end, some hobbies are just a little more pricey than others, and a lot of people find great joy and a sense of accomplishment when they’re able to work for, afford, purchase, care for, and leisurely drive a high-quality, incredibly built car, whether it’s one of the fastest overall or one of the fastest in production today.

With the hundreds of types of cars out there, it’s incredible to see a select few stand out as the fastest, or the most unique, or the most innovatively built models available. Incredibly fast cars are almost a testament to the engineering ingenuity and work that humans put into life.

While some people believe sports cars in general are beginning to slowly fade out of style, all of these supercars are making a bold statement that the fastest cars in the world still inspire awe and the desire to create faster, stronger, and more incredibly engineered cars will continue to push manufacturers towards creating the next fastest car.